to overview
Product 1 of 5
Next product

Not long ago, planet Earth and all other inhabited worlds completely consumed all of their natural resources. Their struggle to survive led to the construction of Planetships, world-sized titans populated by a variety of races and species. These ships needed one resource above all others: DNA. The recent collapse of Planetship Alpha has created a tempting opportunity for all other Planetships to acquire DNA from the dying remains of the original vessel. 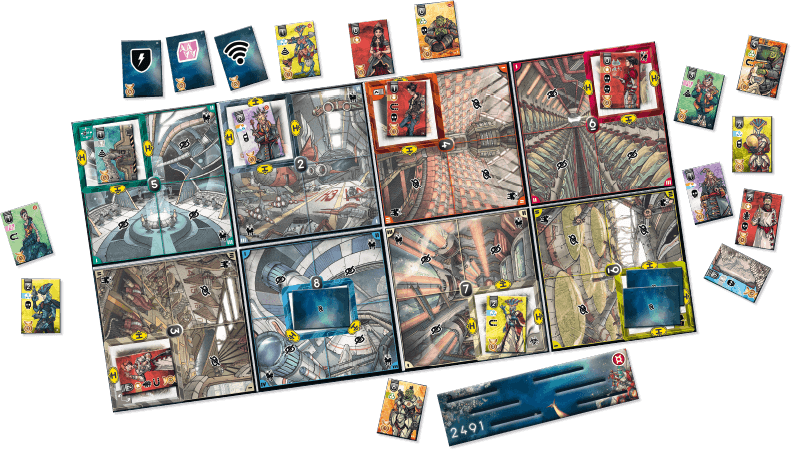 In 2491 Planetship, you command a Planetship that has arrived at the scene of Planetship Alpha’s destruction. You are not alone, though, as other Planetships have also come to claim the spoils. Your goal is to collect as many DNA (Victory Points) as possible in only 4 days (rounds) to extend your crew and ensure your survival before Planetship Alpha is doomed. Send your crew into the wreck to search for survivors with precious DNA which is the most important for your own Planetship. Using your probes, you can gather information about the survivors or invading crew members of other Planetships. Make a strategy and decide carefully when and where to place which character of your crew.

Rescue the survivors and make your mission a success!